Racing games are the most popular and first genre which takes over the gaming world through the magnificent arcade to highly realistic racing. Gaming is an enormously wide industry as there are many types of games available, but racing games have been evolved with time to become an exceptional genre. With the introduction of Android and IOS, the games are divided into two categories, here we will discuss some best racing games for android. There are a lot of games in the Google play store which makes a lot of confusion for Android users, to which is free to download and which has in-app purchases included in it. Nowadays racing games are at its best due to the variety of new cars and bikes included in it with a high quality of graphics, attracts a number of users.

Some of the best android racing games are as follows:-

Asphalt 9: legends is the successor of Asphalt 8: Airborne which is a very famous Gameloft developed racing game. It is very famous due to its quality of display graphics, the series of latest cars, solid mechanics and a high quantity of the content to play through. This racing game also includes hundreds of events (daily, weekly and monthly) with the online PvP action. Its predecessor i.e. Asphalt 8: Airborne, is well known for the best racing games for android offline, but this Asphalt 9: legends is currently available in online mode only. The users playing asphalt can customize any of the cars on their own with paints, rims, material, etc. This game comes with a mammoth size of 1.56 GB, but despite its massive size, it is worth to download as it provides every possible way to enhance the gaming experience of the user. 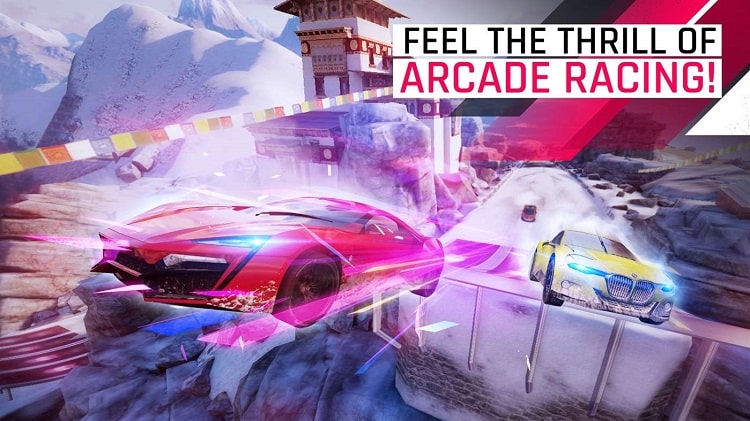 CSR racing involves 2 parts in which latest is the CSR racing 2, which is a drag category racing game. In CSR racing every user can play it in offline as well as in online mode, which includes many events (daily, weekly and monthly), upgrades to the cars and even provides the AR feature which makes it the best racing game for android. It also comes up with the massive size of 1.7 GB, but this massive storage of 1.7GB is used well in its features and quality. The users can get many dream cars which can be customized with the help of paints, rims, materials, etc.

GT Racing 2 is very famous in the world of gamers as the most prestigious cars are available in it, which can be further customized with the help of in-game customization mode. Many duels, classic races, knockout mode, and overtake mode is available to improve the driving skills of the driver. It includes 71 cars from over 30 plus manufacturers with 1400 events and over 13 tracks at which the user can play this racing game. The GT racing 2 is the best in realistic gaming simulation which cannot be found in any other racing games, it comes first in the category of best racing games for android free download.

Real racing 3 is as the name suggests, is the most realistic game for Android and is the third series of this game. This version of real racing is full of content inside the game as it contains 100s of cars from many different manufacturers with real-time multiplayer gaming mode and different digital versions of the real tracks. This game can be said as the best android game of all time as its first part serves as the starting of racing games. Real racing maybe a bit low in graphics as compared to the asphalt franchise but it has the most real content inside the game to play. It is well known as one of the top IOS racing games as well.

Hill climb racing is one of the best racing games for android offline which are most popular nowadays in the fields of offline gamers. It is basically a light sized and very precisive offline game with colorful graphics and easily understandable controls. In Hill Climb racing the user basically have to race up and down the hill, but it seems pretty simple in listening than it really is. Players can play different modes, multiplayer battle, daily tasks, challenges and many more. It is the advanced version of its first part, which is made after the success of its first part which is named in the list of best android games offline.

by Vipin Kumar 3 days ago

OnePlus 10R 5G has launched in the Market. This smartphone has advanced features and a sleek design. Check this post for all th details .

Motorola Edge 30: What To Expect From This 5g Smartphone

by Neha Gupta 5 days ago

Sales of Motorola Edge 30 start on 19th May 2022. Here are all the expectations and specifications you can expect from the coming smartphone.

by Admin 6 days ago

5G is gaining popularity day by day. People who do not have 5G-enabled phones currently are looking for ones that are 5G-enabled.

Jio Plans Vs Airtel Plans: Which Data Plan Is Better?

by Gopal Tiwari 7 days ago

Juggling between Jio and Airtel plans? If yes, then check our detailed comparison of Jio Plans vs Airtel Plans. It will help pick the right provider.

List Of Best Laptops Under 45000 Office Users Can Buy Now

by Neha Gupta 14 days ago

Are you looking for the best laptops under 45000 to buy for office use? This list contains some high-end laptops that work seamlessly.

All You Should Know About 123Mkv: Best Legal Alternatives

by Vipin Kumar 17 days ago

Read all about the 123Mkv platform that offers to stream and download a range of online content including movies, web series and TV shows.

How To Clear Clipboard Windows 7 In Two Simple Ways?

List Of Best Laptops Under 45000 Office Users Can Buy Now

Vivo U20 - Full Specification And Features